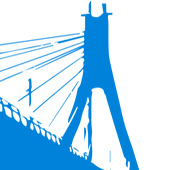 The UK-based developer Hammerson, in association with Allianz insurance, completed the purchase of the Dundrum Village development site and the existing ‘Town Centre’.
Some Imagine Dundrum architectural sketches are revised, in response to Hammerson’s reported comments on possible residential element for Dundrum Village; expert advice on our plans obtained from a commercial property specialist.
​
Investigated possibilities for a civic/ community/ cultural space or centre for Dundrum (see the County Development Plan); visits were made to local community centres; a document drafted: Vision Statement for a Civic, Community and Cultural Space in Dundrum.
​
Imagine Dundrum was accepted as a member of the County’s Public Participation Network so is represented at its plenary meetings and receives information regularly.
​

​
Imagine Dundrum documentation produced: a one-page explanatory leaflet, a three-page Vision Statement, a set of illustrative architectural drawings and a powerpoint presentation.
​
Met the seven Dundrum area County Councillors, who assured us of their firm support (We have updated them on developments since then).
​
Met with County Council planning officials, to introduce Imagine Dundrum and share information and ideas.
​
Made contact with a similar initiative, Re-Imagining Phibsborough.
​
Information meeting held with local Residents’ Associations – 19 groups attended and 11 others expressed interest.

​
Initial consideration in meetings of Dundrum past, present and future, and the relevant planning contexts and processes.
​
Studied the DLR County Development Plan 2016-2022, noting how it supports Imagine Dundrum’s thinking.
​
Generated ideas for action and outreach.

Imagine Dundrum needs your support. If you share our vision for the future of Dundrum please Donate through the link below or Add Your Name to our Support Statement